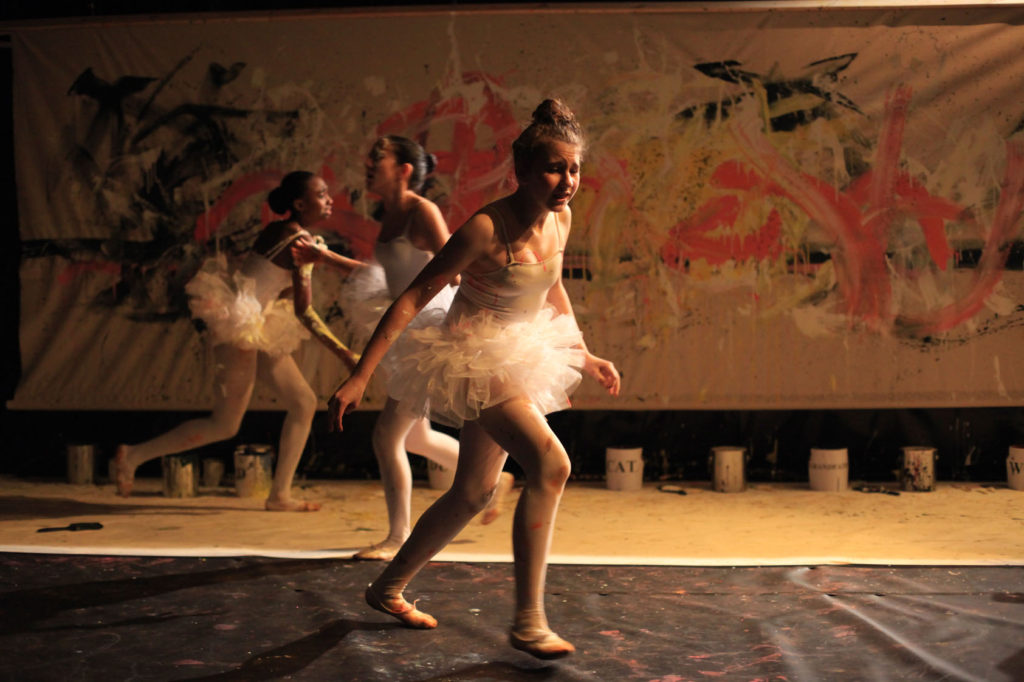 A cast of ten performers, including children ranging in age from seven to fourteen, acted out a series of fast-paced and mind-bending scenes drawn from over 80 different literary and pop culture sources to tell the story of Peter in the Wolf, in which a boy captures a wolf and takes him to the zoo. A huge white canvas in the back of the space gradually filled with line, shape, and form as performers reconstructed the Peter story as a painting in which each color represented a different character. Each audience witnessed the creation of a painting unique to that night’s performance. Retooling instruments of language and perception, Peter/Wolf questioned the frameworks that mark distinctions between human and animal. 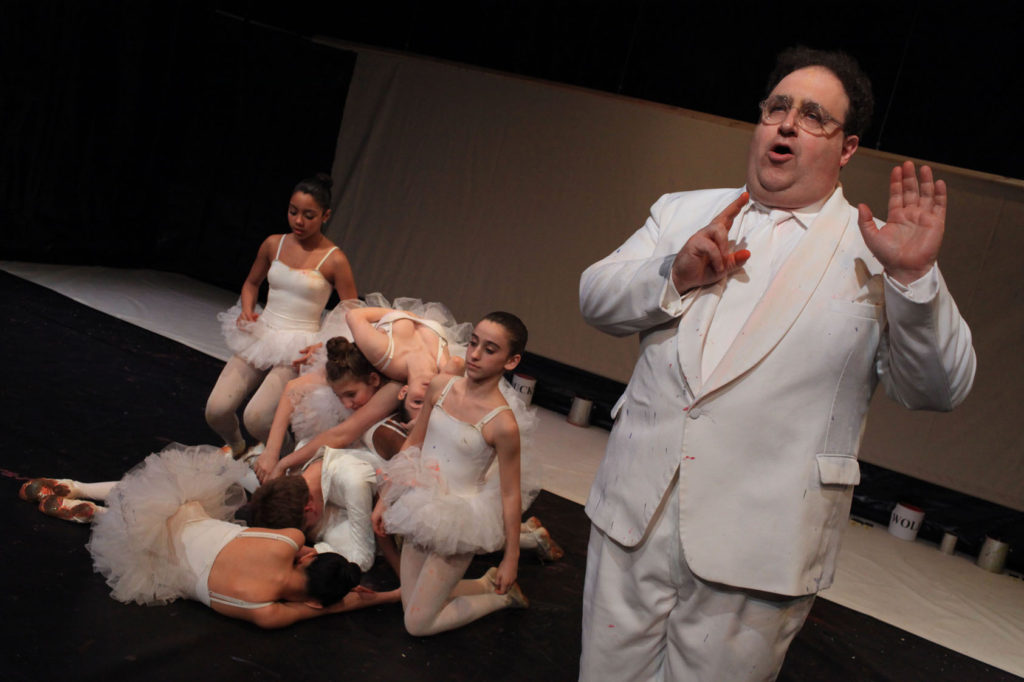 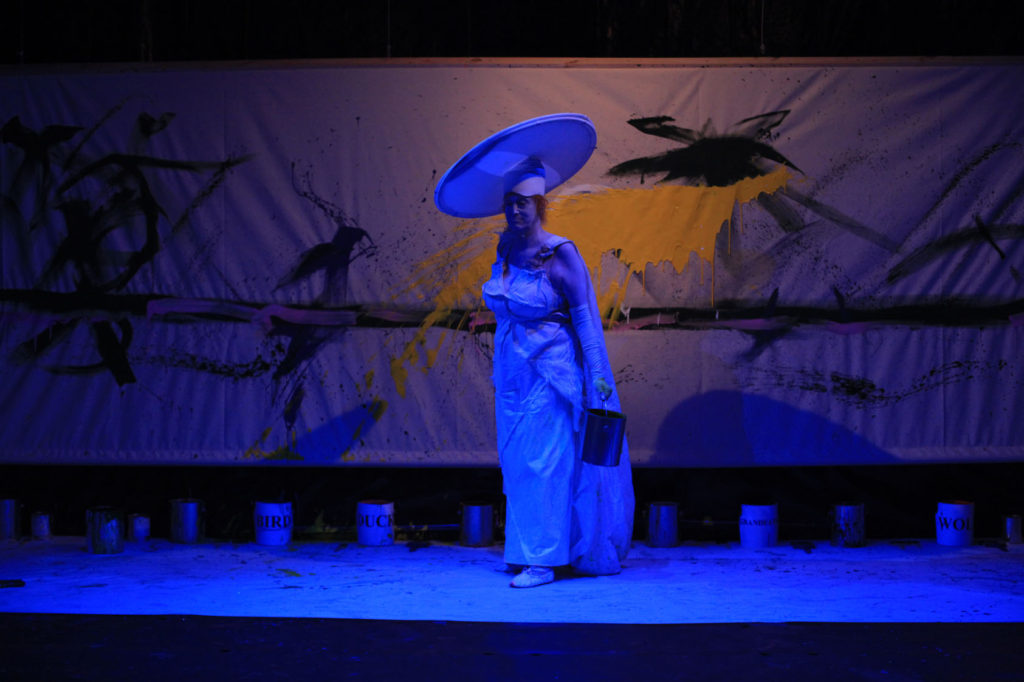 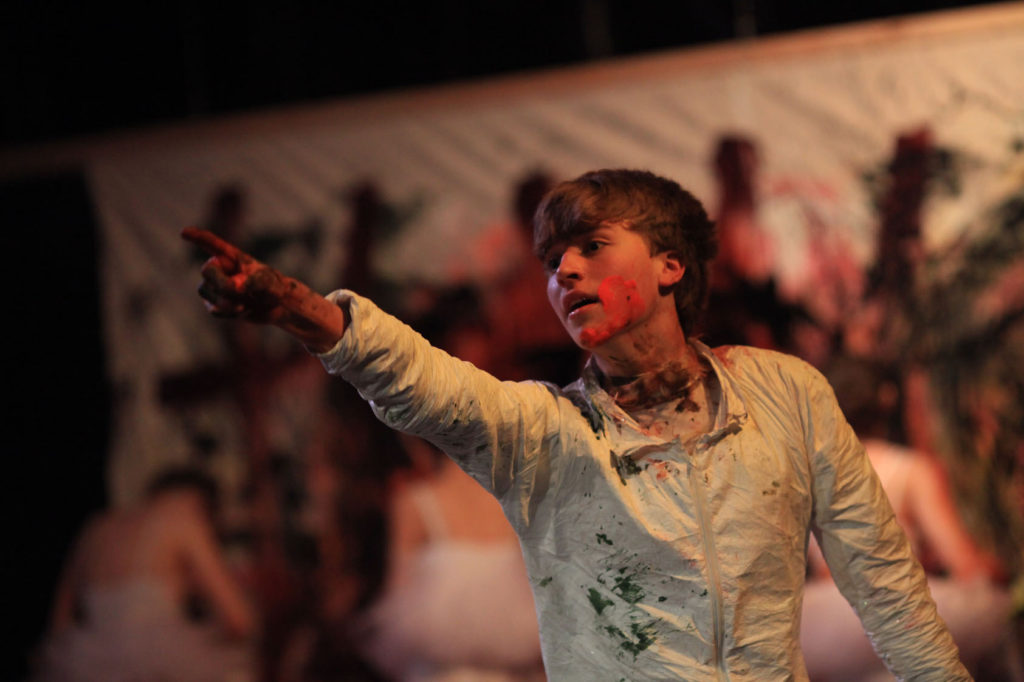 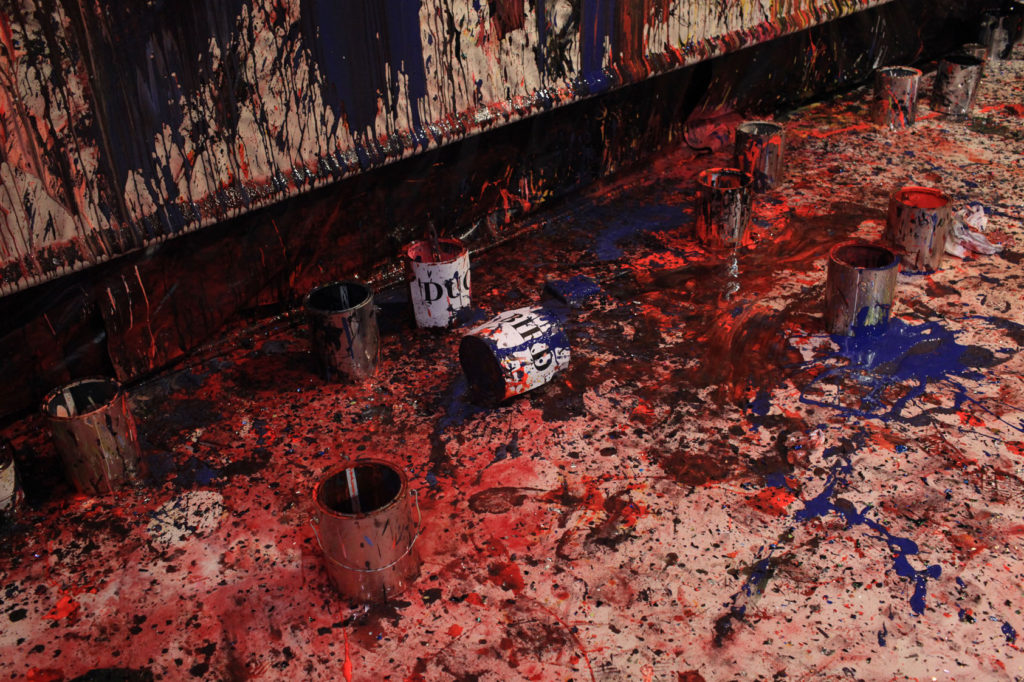 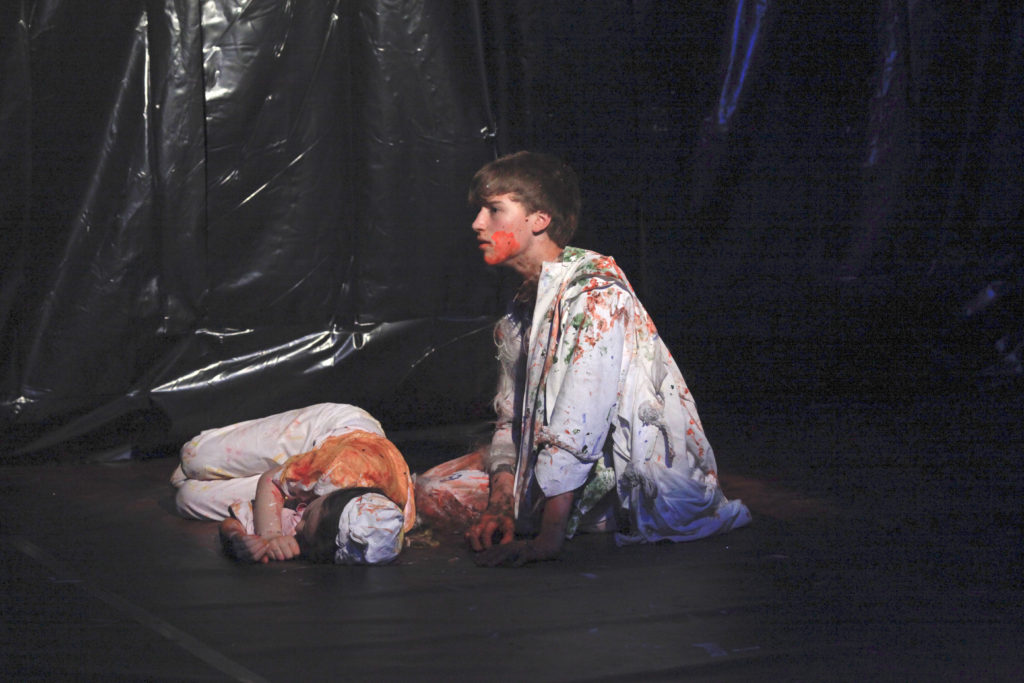