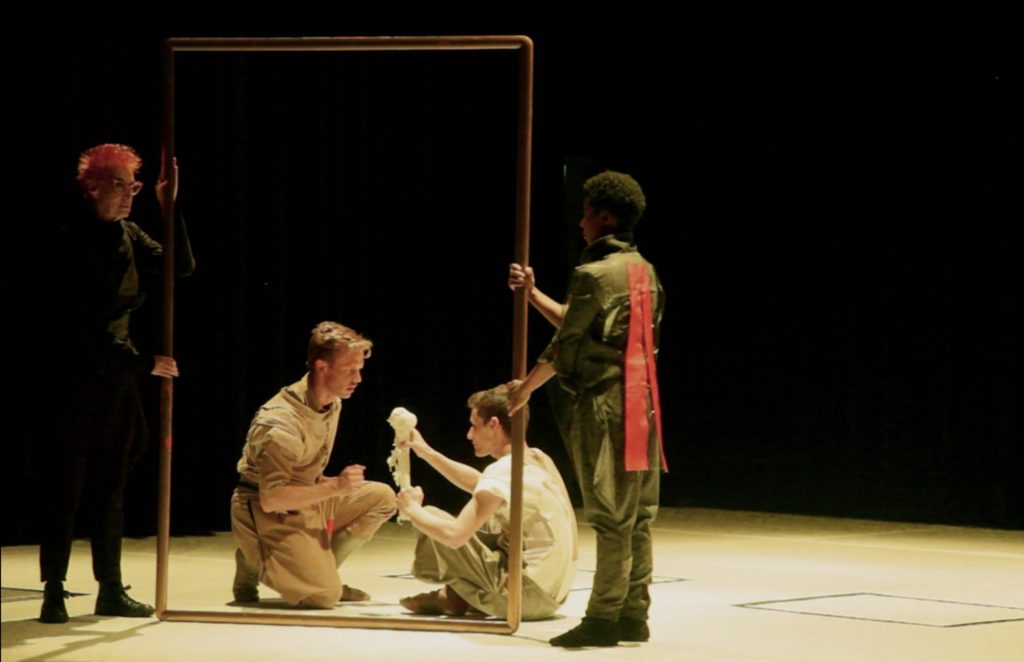 In his memoir Anton Chekhov famously wrote, “if in the first act you have hung a pistol on the wall, then in the following one it should be fired. Otherwise don’t put it there.” Referring to the presence of a gun in his play Uncle Vanya, Chekov’s concept implicates that theatrical property can alter the narrative course of a play. Mascot posed the question: what if theatrical props motivated all of the narrative action and charged performers relations on stage? How might the performative capacity of props in plays help us derive new notions of investment and collecting in the visual art world? The audience encountered four objects: a bone, a glass, a box and a canvas on the stage upon entering the theatre. These objects motivated movement and melodramatic encounters as performers danced, performed, sang, painted with them. After the performance, a live auction was held and the props were sold. 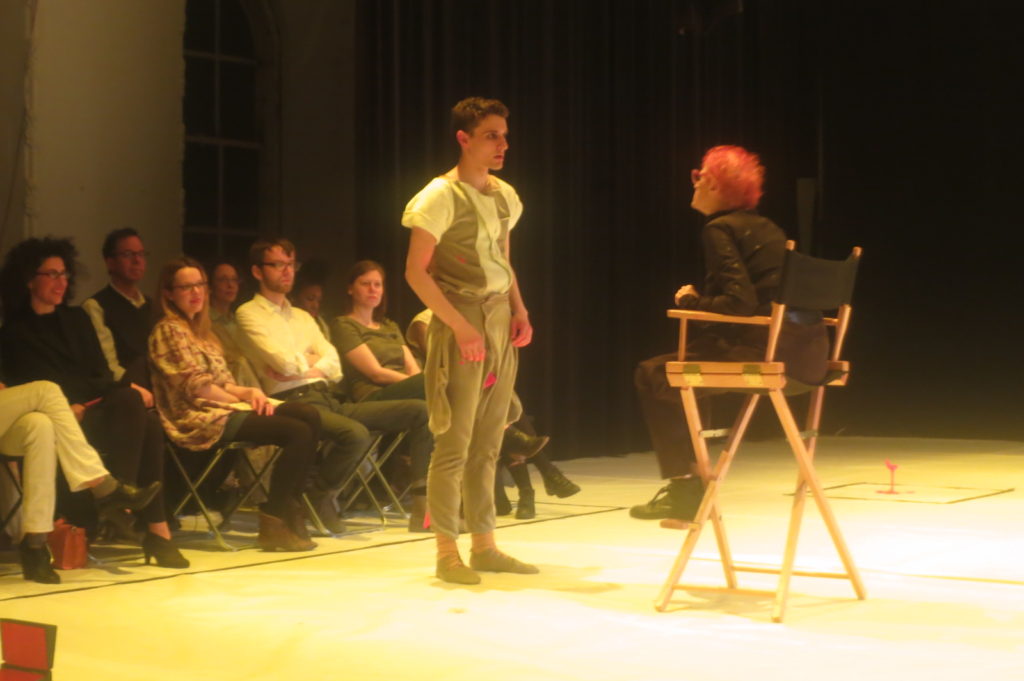 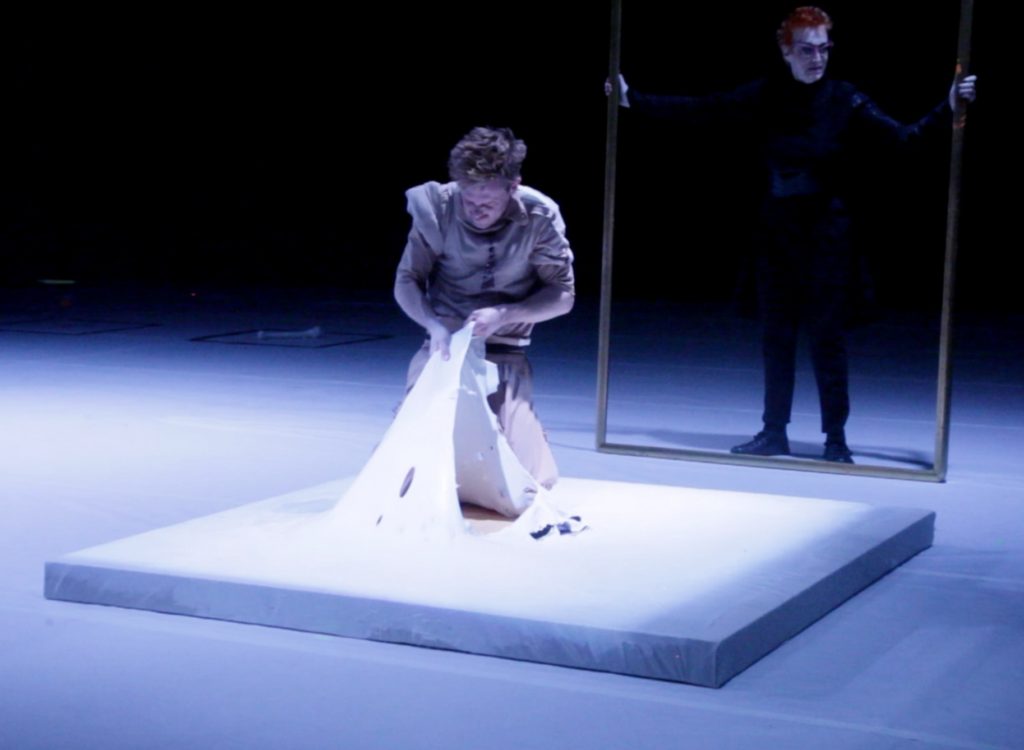 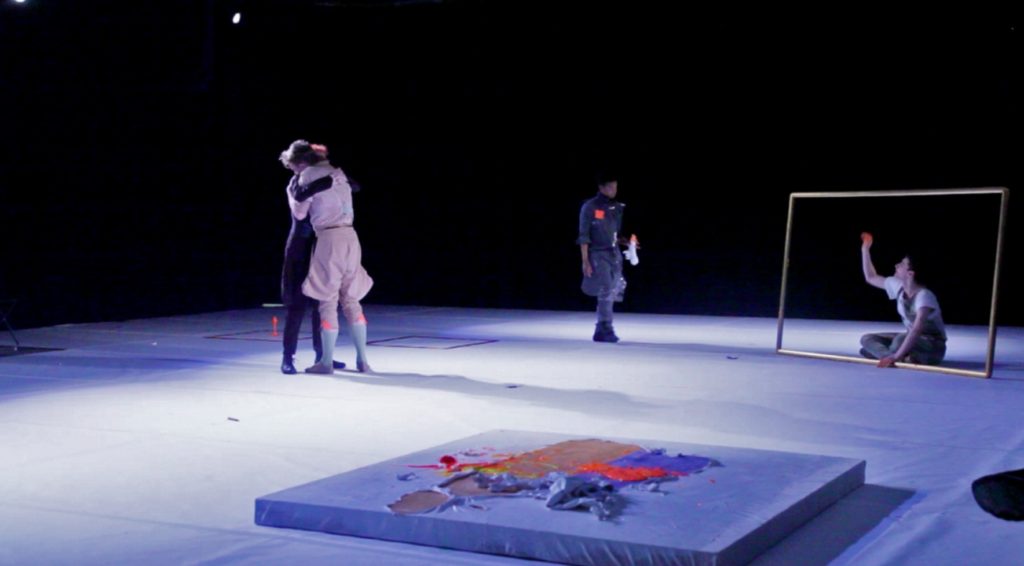